All our products are sourced from reputable suppliers some of whom hold licensing rights to produce the merchandise on offer. Others suppliers deal with and hold a certain amount of releases from other licensed producers of merchandise and therefore we can ensure that no items are printed without the correct licenses in place.

This ensures you are buying official products that are endorsed by the artist and are produced to high standards. 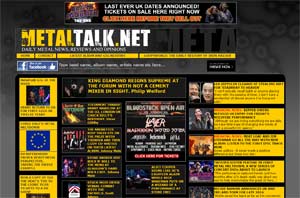 MetalTalk.net was founded by Steve Göldby in 2008 after he was cast out of Hell and barred for life for being a very naughty boy. Over a thousand pubs, eight years, three stone and countless brain cells later MetalTalk.net is now the UK's biggest independent website for rock and metal news, reviews, interviews and booze. Plenty of booze. How else could so few of us possibly get so much done?

We broke the Black Sabbath reformation story in 2011 and we broke the Queensrÿche: Operation Knifecrime story in 2012 as well as many other exclusives, including the very recent AC/DC insider info story. We lead, all the others are pale imitations and mere graven images.

We have journalists and correspondents in almost every continent across the world, apart from the ones where there is no rock and metal, like Antarctica for example. MetalTalk.net is constantly being updated with the very latest in rock and metal.and Steve Göldby once threw a television set out of a chalet at Hard Rock Hell in Llanelli. It's only rock n' roll but we like it.

Feel free to Contact us in Burgess Hill, UK for assistance with your own online store. Telephone: 01444 233 318 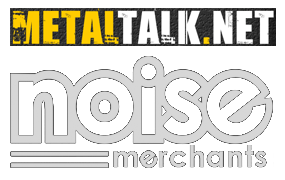